The ❝Backstage Award❞ is given by the host technical crew to the company they considered to be the most professional at the festival.

While IMEA is an international organization, the nominations for theatre come only from the United States. 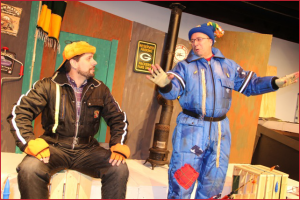