Every Christmas Story Ever Told (and Then Some!) 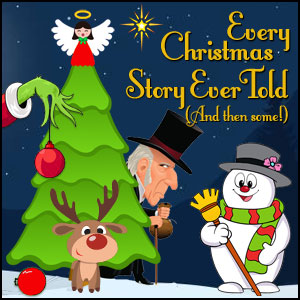 THE STORY: Instead of performing Charles Dickens’ beloved holiday classic for the umpteenth time, three actors decide to perform every Christmas story ever told — plus Christmas traditions from around the world, seasonal icons from ancient times to topical pop-culture, and every carol ever sung. A madcap romp through the holiday season! (Appropriate for ages 12 and up.)

TICKETS are on sale now. 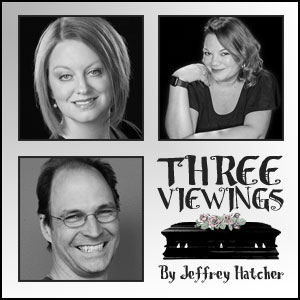 THE STORIES: TELL-TALE is the story of Emil, the mild-mannered undertaker whose unspoken passion for a local real-estate woman who comes to all his funerals leads him to commit crimes and plot a way to confess his true feelings before time—and bodies—run out. THE THIEF OF TEARS is about Mac, a beautiful Los Angeles drifter, who makes her living stealing jewelry from corpses. When her wealthy grandmother dies, leaving her nothing, Mac returns to her hometown and attempts to pry loose her inheritance, a diamond ring her grandmother promised Mac when she was a child. She discovers there are more obstacles to getting the ring off grandma’s finger than she had imagined. THIRTEEN THINGS ABOUT ED CARPOLOTTI is the story of Virginia, the widow of a wheeler-dealer contractor, who discovers that her husband has left her in debt to the banks, her family and the mob. As Virginia struggles to escape her creditors and understand how her husband could have left her in such pain and doubt, a mysterious list of “thirteen things” embarrassing to Ed is offered to her if she can come up with one million dollars in three days. We won’t divulge the ending!

(Immediately following its run at the Playhouse, we’re taking this show to the AACT Wisconsin State Festival on January 20-22. Wish us luck!)

TICKETS are on sale now. 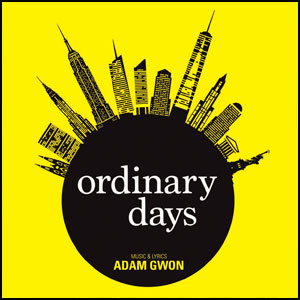 A Musical to Think On by Adam Gwon

THE STORY: Four young New Yorkers whose lives intersect as they search for fulfillment, happiness, love, and cabs. Through a score of vibrant and memorable songs, their experiences ring startlingly true to life. Ordinary Days is an original musical for anyone who’s ever struggled to appreciate the simple things in a complex place. With equal doses of humor and poignancy, it celebrates how 8.3 million individual stories combine in unexpected ways to make New York City such a unique and extraordinary home.

AUDITIONS: This show has been cast. 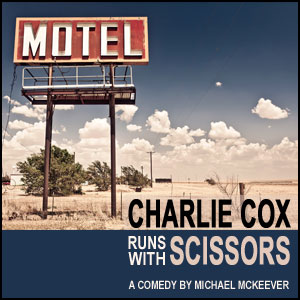 A Comedy / Fantasy by Michael McKeever

THE STORY: When Charlie Cox, a middle-aged editor, learns that he has the incurable, degenerative condition known as Lou Gehrig’s disease, he gets in his car and starts driving. He soon finds himself in the Arizona desert, where he uncharacteristically picks up a hitchhiker, a sarcastic, impatient guy named Wally, who happens to be his own personal death emissary. As Wally urges him to get it over with, lovely, sexy Kiki enters the picture wearing dark glasses since “love is blind.” Wally is infuriated when love blossoms between Charlie and the widow Nell, and the ensuing battle between Death and Love teaches Charlie the importance of living life to the fullest. 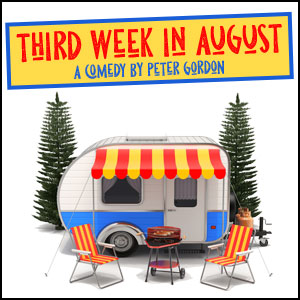 A British Comedy by Peter Gordon

THE STORY: When Sue decides to try a ‘get away from everybody’ caravan holiday, little does she realize that she’s booked into the caravan site from hell. She is soon taken under the wing of expert but inadequate caravaner, Neville … that’s when he’s not engaged in battle with his wife or trying to cope with his difficult sister-in-law. Matters become complicated with the arrival of the enthusiastic Tony and his complaining girlfriend, Jenny. When Neville decides that a communal barbecue is the order of the day, things really start to heat up! If you’ve ever been near a caravan site, you’ll recognize them all.